Schools, hospitals and other public institutions of Turkmenistan ordered to purchase new portraits of President Gurbanguly Berdimuhamedov, in which he is depicted with gray hair. About it reports “Radio Azatlyk”. 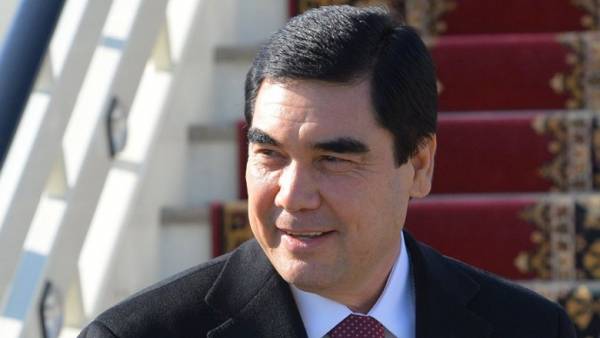 At the same portraits of Berdymukhamedov was depicted with black hair. Now the leader of Turkmenistan appeared a touch of gray in her hair. According to the newspaper, it ceased to appear in public with grey hair after he became President in 2006.

The staff of the institutions had to chip in for the purchase of new portraits for 5 manats (about 95 rubles). The outdated image of the President are discounted and cost 4 AZN (approximately 76 rubles). According to the publication, portraits of the President are regularly updated at the expense of employees. Berdymukhamedov’s portraits should hang in schools, hospitals, ministries, law enforcement agencies, sports venues and concert halls, as well as in airports and aircraft cabins.

The publication notes that earlier police conducted searches in the houses on the subject of inappropriate use of the portraits of the President. In particular, the security forces searched the toilets of the newspaper with photos Berdimuhamedov. Violators were threatened with dismissal and administrative responsibility.