The area of the fire at the plant in the Orenburg region increased to 6.6 thousand sq. m 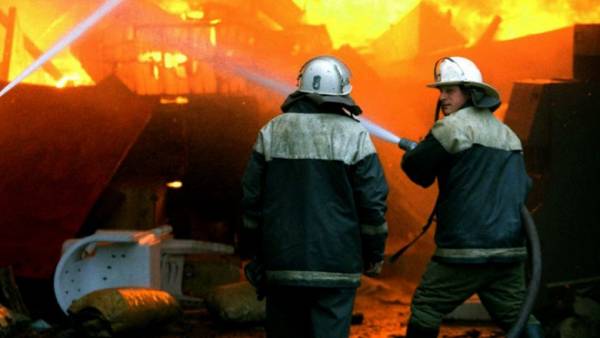 The area of the fire at the Orenburg galvanizing plant in the village of Pokrovka increased to 6.6 thousand square meters, said in a statement on Wednesday, the message of EMERCOM in the region.

“The fire area is 6600 sq. m. According to operational information, the dead victims aren’t present”, — stated in the message.

Earlier in the press service of EMERCOM of Russia noted that the suppression involved 77 people and 31 vehicles. The number of complexity of the fire increased from the second to the third. In the building Department-dip galvanizing plant burning on the roof, walls and production machinery, there was a partial collapse of the roof.

The press service of the interior Ministry of Russia in the Orenburg region told TASS that “there are 40 police officers, providing the entrance of emergency vehicles and a cordon of a place of fire.”