Ryabkov doubt that the US will completely leave Syria

NEW DELHI, 9 Jan. /TASS/ Moscow and Washington will hold in the near future the contacts on the situation in the middle Eastern country, said a Deputy Minister of foreign Affairs of the Russian Federation. 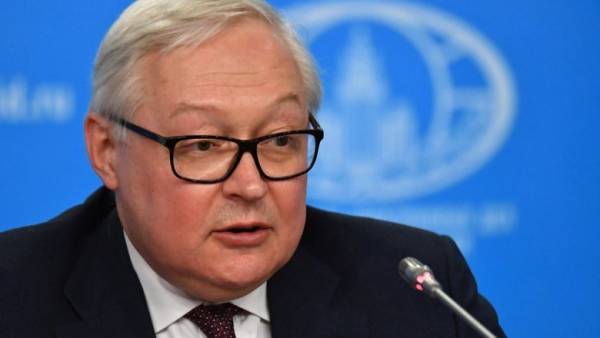 The Russian foreign Ministry doubts that the United States will completely leave Syria militarily. This was stated on Wednesday by Deputy Minister of foreign Affairs of Russia Sergey Ryabkov.

“I personally believe that Washington is a very strong position of the proponents of illegal US military presence in Syria, he said, answering the question TASS, Russia believes that the United States withdraw from Syria. — How can be formatted in this presence, whether it is an open secret, I don’t know.”

But I can imagine in the current situation of unbridled chase of Washington for dominance in the world and the desire to be present everywhere, to decide issues only on their terms, suddenly the United States physically, completely and undeniably militarily withdraws from Syria.

Russia and the United States will hold in the near future the contacts in Syria, said Ryabkov.

“Contacts at the various aspects of the Syrian threads have not stopped, I do not see anything extraordinary, sensational or special, he said. — These contacts are not always advertised. The contacts are on different issues, and other topics in the near future.”