In Ukraine, Soviet locomotive had to pull out of the American diesel locomotive

MOSCOW, 9 Jan — RIA Novosti. American locomotive General Electric, supplied to Ukraine from USA, stuck on one of the railway sections, which his aid was sent to the old Soviet locomotive, about this in his Facebook wrote the former Deputy Minister of infrastructure Alexander cava. 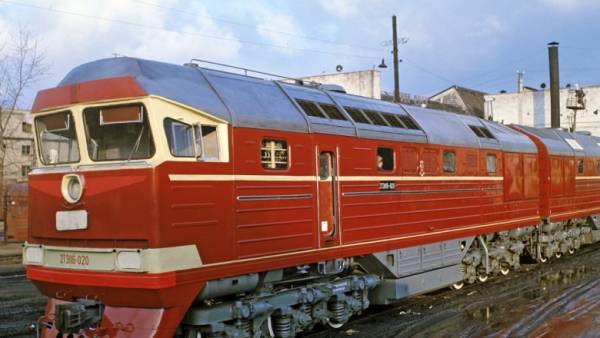 “According to the report of Ukrtransagent, 3 January 2019 vaunted locomotive General Electric ТЭ33АС has stalled in the area Volnovaha — Kamysh-Zorya with a train that weighs only 3768 tons. Had to help to recall old 2TE116 built 37 years ago in the Company”, — said kawa.

According to him, notable is the fact that Soviet diesel locomotives 2TE116 on the same stretch of railway drive a train weighing 4.5 tons. Besides being fully operational, they pulled trains weighing 6 thousand tons, which, according to former Deputy Minister, is much higher than the American product.

The contract for the supply of locomotives and their long-term maintenance was concluded, “Ukrzaliznytsya” and General Electric Transportation in February of last year. Just ordered 30 locomotives worth 4.68 million dollars each.