George was 14, he had no relatives. 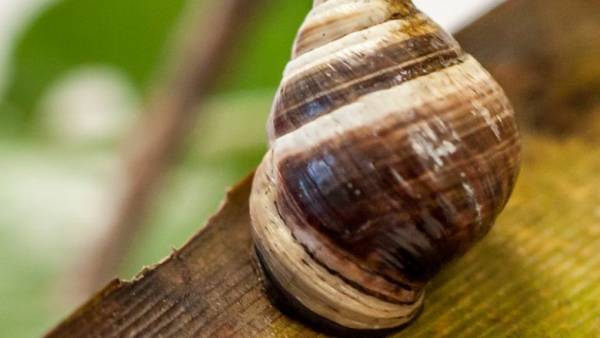 The last known Hawaiian tropical snail species Achatinella apexfulva named George died at the age of about 14 years in the laboratory of the Department of natural resources state of Hawaii. On the death of the snails was reported by the Department.

Professor recreates insects that existed millions of years ago

Ground apexfulva snail Achatinella, endemic to the Hawaiian island of Oahu, extinct in the wild, in particular, due to invasive species — another predatory snail, Euglandina rosea, which is in the middle of 1950-ies was brought to Hawaii from Central America to combat agricultural pests. In 1997 the last ten snails of this species, first described by Western science species of Hawaiian snails, was taken to the University laboratory for breeding in captivity, but by 2011 all the snails except for George, died.

As reported in the blog of the Department, George, who received his nickname after another the last representative of his species, Lonesome George, died January 1 at the age of about 14 years. In this two-millimeter piece of foot of George, taken for analysis in 2017, technically remains alive in the deep freeze in San Diego. In a post on Facebook, the Department expresses the hope that one day this piece will allow you to clone Achatinella apexfulva.

The death of George is a big loss for local residents, since he was the hero of many articles and columns, and over the years met hundreds of students.DLNR Hawaii

Radio station NPR notes that George, despite the masculine name, was a hermaphrodite, like a snail, but he leaves no offspring, because for the reproduction of this species need a partner. Biologist David SIKO (David Sischo), who worked with George, told NPR that the snail was a “little hermit” and most likely died of old age, as for snails 14 years — “more than respectable age.”