Rescued from the rubble in Magnitogorsk the baby regained consciousness The baby rescued from the rubble of a collapsed house in Magnitogorsk regained consciousness. About it journalists were told by the Minister of health of Russia Veronika Skvortsova on Monday, January 7. A gas explosion in Magnitogorsk15фотографий15фотографий15фотографий Condition 11-month-old Vanya during treatment has improved significantly, said the Minister. Doctors almost restored the impaired function of kidneys, frostbite foot will likely be able to save. The boy had a voice, and therefore, of complications from a prolonged stay on a ventilator was avoided, quoted Skvortsova TASS. The child’s mother is still in a stressful condition, she preserved the anxieties and fears, but she is glad to improve the condition of the boy, the Minister said. Baby found under the rubble of the 1st of January. He spent under the concrete structures on frost nights, but survived because lying in bed and

END_OF_DOCUMENT_TOKEN_TO_BE_REPLACED

Off the coast of Turkey sank a cargo ship with Russians on Board. ANKARA, January 7 — RIA Novosti. Cargo ship, on Board of which there were a few Russians, sank in the Black sea off the coast of Turkey, has died, according to local authorities. According to the administration of the Turkish province of Samsun, rescue services received a distress signal from the sailing under a Panamanian flag ship “Volga-Balt” 08.10 (same as GMT). The ship was located 80 kilometers from Samsun on Board were 13 crew members. “To the scene of the rescue helicopters arrived. To date, rescued seven crew members found the bodies of two dead” — it is told in the message. According to the authorities of Samsun, the ship’s crew consisted of nine citizens of Ukraine, two citizens of Azerbaijan and two Russians.

END_OF_DOCUMENT_TOKEN_TO_BE_REPLACED

In the Fes reminded that the Russians this week will work three days MOSCOW, January 7. /TASS/. The first working day falls on Wednesday, 9 January. Three days waiting for the Russians this week after a ten-day Christmas holidays, recalled by TASS in the press service of the Fes. “First working week 2019 after the ten-day new year holidays will be three days. The first working day falls on Wednesday, 9 January,” the Ministry said. Next long weekend will be among the Russians only in March in connection with the celebration of International women’s day. The day off in honor of defender of the Fatherland Day, which falls this year on Saturday, was postponed by government decree on may 10.

END_OF_DOCUMENT_TOKEN_TO_BE_REPLACED

Putin congratulated Orthodox Christians on Christmas MOSCOW, January 7. /TASS/ — the President noted the positive role of the Russian Orthodox Church and other Christian denominations in the country. The President of Russia Vladimir Putin congratulated Orthodox Christians and all Russian citizens celebrating Christmas. This was reported in the press service of the Kremlin. “I heartily congratulate you on Christmas, the President noted in a congratulatory telegram. This wonderful holiday gives people joy and hope, unites them around enduring spiritual and moral values, the traditions of mercy and charity. It is associated folk and family traditions, handed down from generation to generation. A sincere belief in the good changes and the fulfillment of cherished desires.” The head of state noted that “the Russian Orthodox Church, other Christian denominations play an important, positive role in the life of our country, care about social harmony and strengthening the institution of family, education

END_OF_DOCUMENT_TOKEN_TO_BE_REPLACED

What delicacies from around the world it is better to avoid (photos) Killer smell, kind of scary and deadly poison. Surströmming This canned pickled herring, Swedish national product. Many have heard about it but not tried everything. And, perhaps, not worth it, unless you have exemplary culinary tolerance. View this post in Instagram Publication from Radio Kiss Kiss (@kissradiokiss) 15 Oct 2018 6:39 PDT During the download an error has occurred. Cook this fragrant dish: the Baltic herring (herring) salted, placed in open dishes and left to ferment. When enzymes and bacteria good “work” over the fish will move it in cans, where it continues to ferment. The dish is considered a delicacy, and true connoisseurs eat it straight from the jar without any additions in the form of a garnish or bread. Century egg This popular Chinese appetizer is pretty creepy. The egg is aged for several months in

END_OF_DOCUMENT_TOKEN_TO_BE_REPLACED

Russian patrol took control of a US Navy ship in Black sea MOSCOW, 7 Feb — RIA Novosti. A patrol ship of the black sea fleet “Inquisitive” controls the actions of the U.S. Navy ship “Fort McHenry”, which entered the Black sea on 6 January, according to the defense Ministry. It is noted that the U.S. Navy ship is in the waters of the Black sea from 21.00 GMT on 6 January. As reported in the press service of the US Navy in Europe, the ship entered the sea for “patrol”. Earlier, the special envoy of the state Department in Ukraine Kurt Volker said the United States needs to consider increasing its presence in the Black sea. He also admitted that Washington will deliver Kiev lethal weapons. Read also: Ukraine will once again send ships through the Kerch Strait Helpthe Azov crisis As Russia and Ukraine brought the situation to

END_OF_DOCUMENT_TOKEN_TO_BE_REPLACED

WikiLeaks sent out a media list of about of the facts about Assange WikiLeaks sent journalists a list of 140 of the fake claims about its founder, Julian Assange, Reuters reports. The organization asks the media not to use in their materials this information. 11фотографий11фотографий11фотографий Among the facts which WikiLeaks calls about what Mr. Assange is alleged to bleach hair, mistreat the animals and do not follow personal hygiene. In addition, the organization denied that its founder is a hacker or in any was connected with the Kremlin. Recall that in 2010, Swedish police announced Mr. Assange in the international search on the case of rape. He did not admit guilt and called the case politically motivated. Since 2012, Julian Assange refuge in the Embassy of Ecuador in London. In may 2017 the Swedish prosecution authority discontinued the investigation into Julian Assange. However, he fears extradition to the US. In

END_OF_DOCUMENT_TOKEN_TO_BE_REPLACED

The winners of the “Golden globe” In Los Angeles hosted the 76th ceremony of awarding the prize “Golden globe”. Live broadcast led to the publication the Hollywood Reporter. Best dramatic film called the tape “Bohemian Rhapsody”. The award for best actor in this category received Rami Malek, who played in “Bohemian Rhapsody” Freddie mercury. Best drama actress Glenn close. She played in the film “the Wife”. YES @ItsRamiMalek!!! [email protected] #GoldenGlobes pic.twitter.com/JnNYP65DGB — GIPHY Pop (@GiphyPop) January 7, 2019. The award for “Best film — Comedy or musical” got the picture “the Green book”, which was also awarded for best screenplay. For playing in a Comedy movie or musical received the award for Christian bale, who played in the movie “Power”. Best actress in the same category was Olivia Colman, who played in the movie “the Favourite”. Best Mexican Director named Alfonso cuarón for his work on the film “Roma”. This

END_OF_DOCUMENT_TOKEN_TO_BE_REPLACED

Looks like the most hellish town on Earth (photos) He’s actually very cute. In the us state of Michigan there is a town called hell, which translated to English means “Hell”. View this post in Instagram Publication from @americovespucci 10 Nov 2018 3:06 PST During the download an error has occurred. Where did the name, precisely nobody knows, but the locals tell two stories. The first refers to a pair of German travelers in the 1830-ies, was released in these parts of the stagecoach on a Sunny day. One of them exclaimed in German: “So schön hell!”, which means “So bright!”. The locals, not understanding the language, thought it is about the underworld, and the name stuck. According to the second version, the pioneers in these regions were faced with hellish conditions — mosquitoes, impassable forests and swamps. A place called Hell, and the maps and noted. In our time

END_OF_DOCUMENT_TOKEN_TO_BE_REPLACED 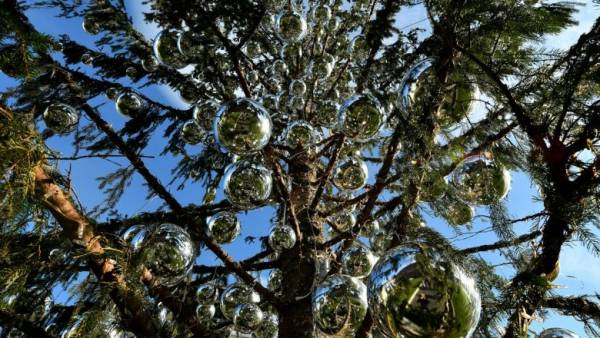