The most “painful” situation of Tomos of autocephaly for the “new Church” will be the prohibition to set up their structures outside the country. About it the rector of the Kiev theological Academy, Professor Vladimir Burega wrote in the column of the edition “Left coast”. 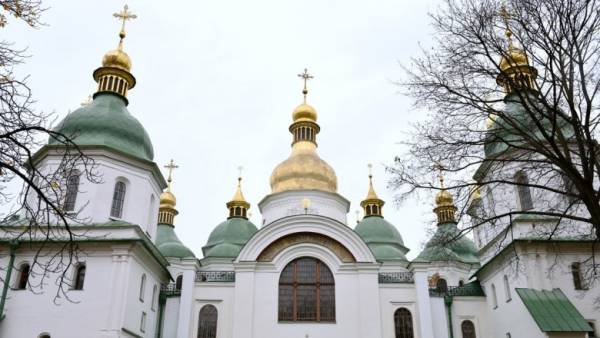 He stressed that such a requirement was never spelled out in the previously published Tomaso. However, in the Tomos for “new Church” of Ukraine indicated that its jurisdiction is limited to the territory of the country. Thus, writes Burega, head of the “new Church” Metropolitan Epiphanius cannot establish parishes outside of the state, and all Church structures outside of Ukraine will come under the jurisdiction of the Patriarchate of Constantinople.

Burega notes that the immigrants from Eastern Europe tend to maintain contact with national churches and are reluctant to integrate into other Church structures.

I think that she [the”new Church”] will now have to conduct difficult negotiations with the Patriarch of Constantinople on the appointment of Ukrainian priests to serve in the Ukrainian Church communities abroad.

He concludes that Tomos establishes a rigid framework for the development of the “new Church” and creates a handy mechanism of influence on the Church situation in Ukraine in the future.

January 5, Ecumenical Patriarch Bartholomew signed a Tomos. The next day the ceremony of awarding the Thomas the head of the Orthodox Church of Ukraine (PCU) to Metropolitan Epiphanius.

15 December, Kyiv hosted the unity Cathedral Church structures, initiated by President Poroshenko and the Ecumenical Patriarch Bartholomew. It was accepted the decision on creation of new local Orthodox Church of Ukraine. The Council accepted the proposed Charter of Constantinople, but later the Metropolitan Epiphanius declared independence ptsu from Constantinople.

In the Russian Orthodox Church called the last Cathedral is canonically null and void, pointing to the inadmissibility of the participation of the President of the country.