Turkey rejected US proposal to abandon the purchase of s-400

ANKARA, 6 Jan — RIA Novosti. Turkey has rejected the new US proposal to abandon the purchase of Russian anti-aircraft missile complexes (AAMS) s-400 in exchange for the supply of us Patriot air defense system, according to the newspaper Yeni Safak, citing sources. 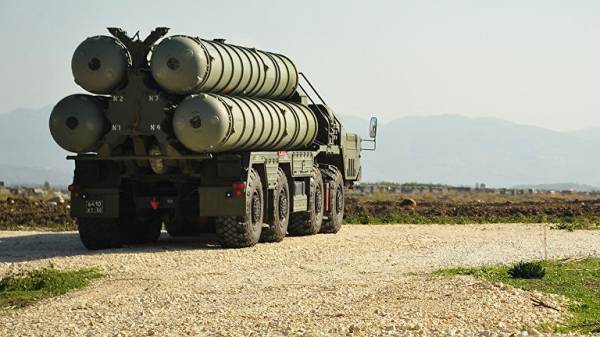 According to the newspaper’s sources, the latest attempt to persuade Turkey to abandon the purchase of s-400 took the American delegation, who visited Ankara this week. However, the Turkish authorities have rejected Washington’s offer because it did not include any discount on the requested US $ 3.5 billion for the supply of Patriot air defense system or technology transfer. It is noted that Russian air defense system will cost three times cheaper than Turkey.

Previously, the Agency Anadolu reported that the U.S. delegation presented the Turkish proposal for the sale of the Patriot air defense system, It included four radar AN/MPQ-65, 10 antenna-mast devices 20 launchers M903, testing and other equipment.

Previously, the Agency for cooperation in the field of defense and security of the Pentagon reported that the US state Department has approved a possible deal with Turkey over the sale of missile defense systems Patriot with the appropriate equipment totaling $ 3.5 billion. Turkey requested the purchase of four sets with 20 launchers and 80 missiles with interceptors.

Press Secretary of the President Dmitry Peskov said that the possible sale of Turkish American missile defense systems and to supply Russian s-400 are not linked processes, the implementation of the contract with Russia will continue.

See also: s-400 or patriot: what is the defense system gets the Turkey?