In Moscow there are “dedicated” to Putin perfume

MOSCOW, 5 Jan — RIA Novosti. Male and female fragrances, the creation of which was inspired by the President of Russia Vladimir Putin has appeared on sale in Moscow. 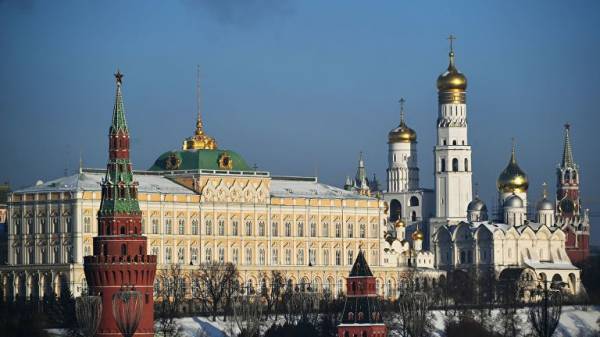 At the same time, the Kremlin announced that he had not given consent to use the name of Vladimir Putin for commercial purposes.

Appeared in the sale of perfumes, dedicated to Vladimir Putin https://t.co/NWa4PlhW4Z #Putin pic.twitter.com/44u9IMsfW9

“No, no one frowned upon” — told RIA Novosti press-Secretary of the President Dmitry Peskov.

In one of the capital’s shopping malls opened a corner of the Russian company Leaders where you can buy men’s fragrance “Number one” and the female version of the “Russian woman”. The bottles of perfume shows the profile of the head of state and the Russian coat of arms.

As told RIA Novosti the shopper, this limited edition flavor.

According to him, aromas and interested in buying it.

Men’s fragrance opens with woody and citrus notes, while the women’s tree and flower. For 19 thousand rubles, you can purchase a bottle of perfume 100 ml in gift wooden box, a simple bottle can be bought for 10 thousand rubles.