Bolton: withdrawal from Syria does not mean refusal of the USA from its position on chemical weapons

WASHINGTON, January 5. /TASS/. The withdrawal of U.S. troops from Syria does not mean that Washington is in any way waives its position on the question of the use of chemical weapons in Syria. 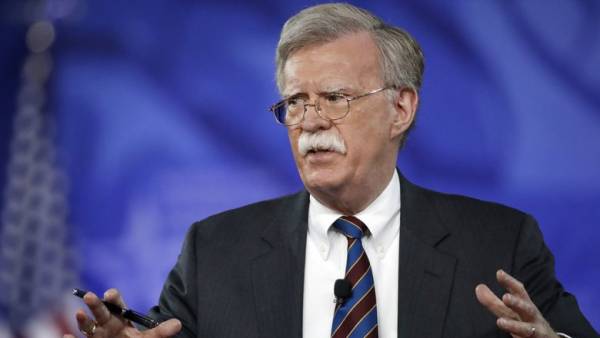 This was stated by reporters on Saturday on Board the assistant to the President for national security John Bolton, who arrived in Israel for talks with the country’s leadership regarding Syria and prevent the possibility of the revival of the terrorist group “Islamic state” (IG banned in Russia) in the region.

“So the regime of [Syrian President Bashar] Assad, there should be no illusions about this,” claimed Bolton. “We are now working on the details and the conditions under which it will be implemented by the withdrawal of troops, but we don’t want the Assad regime considered what we do as a certain retreat from our position, which is to counter the use of weapons of mass destruction,” — said the assistant of the President of the United States.