Source: strategic submarine drone “Poseidon” will get a speed of over 200 km/h

MOSCOW, January 4. /TASS/. Russian strategic unmanned underwater vehicle, Poseidon, the creation of which was announced in March, Russian President Vladimir Putin will receive the maximum underwater speed of over 200 km/h On Friday reported TASS a source in the military-industrial complex. 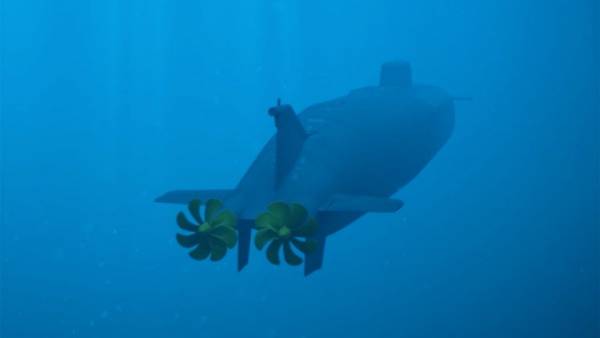 “Who left the sub-carrier, the UAV will go to the goal at the depth of 1 km with a speed of 200 km/h (about 110 nodes),” — said the Agency interlocutor. He said that, “as in the case of missile-torpedo “Squall” drone “Poseidon” will move at maximum speed in the hovercraft (around the unit will form the cavity with water steam approx. TASS), which significantly reduces the resistance of the medium”.

As the source added, “towards the goal of “Poseidon” will continuously maneuver on the course and the depth of that given the speed and maximum depth range of more than 1 km long, making the defeat of the drone is available today from a potential enemy means impossible.”

Maximum underwater speed of modern nuclear submarines is about 60 km/h (30-35 knots) torpedoes — in the region of 90 km/h (50 knots). Domestic missile-torpedo “Squall”, equipped with a jet engine, can, according to various estimates, to go under water with a speed of 370 km/h (200 knots), but at a distance of just over 10 km and at a shallow depth.