MOSCOW, 4 Jan — RIA Novosti. In 2019, the relationship between Russia and Germany expects a sharp deterioration, said the representative of the German government for relations with Russia Dirk Wiese in an interview with the Pfälzische Merkur. 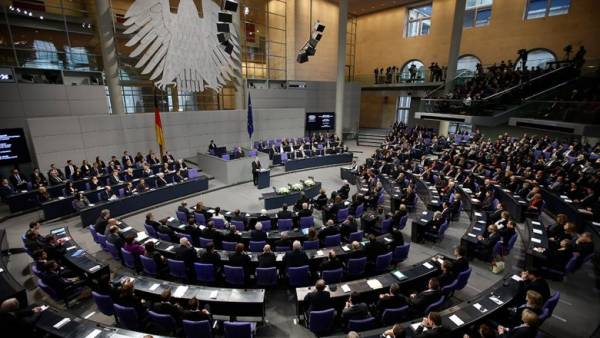 In his opinion, due to the fact that in 2018, Russia has demonstrated extremely unpredictable policy.

In addition, the politician believes that this is due to “Russia’s responsibility for a series of incidents in 2018 around the world.”

“We dealt with the poisoning of former spy Skripal. Moscow then spun the spiral of the arms race — the INF Treaty can be terminated. And on this issue we have intensively engaged in the new year. And, of course, I remember about a dangerous show of force in the sea of Azov. Therefore, I declare: relations with Russia will worsen this year,” explained Wiese.

However, he added that in the sphere of civil society between the countries planned intensive exchange, in particular, he highlighted the “Petersburg dialogue”, which, according to him, will give many opportunities for scientific cooperation between the two countries.

In addition, Visa has called the conditions under which the EU may ease sanctions against Russia. According to the politician, this is due to the implementation of the Minsk agreements, which are constantly being violated.

“We always have made it clear: if the implementation of the Minsk agreements will progress, it will be possible to reflect on the easing of sanctions. A permanent truce, however, is still there. Even a ceasefire for Orthodox Christmas, which was able to negotiate with the representatives of the OSCE were violated in the first day,” said Wiese, however, not blamed it on Russia.