Bild: Merkel has become the victim of a hacker attack

Victims of hacker attacks in Germany were members of the Cabinet and parties, journalists, and German Chancellor Angela Merkel and Federal President Frank-Walter Steinmeier. This writes the Bild, citing sources. 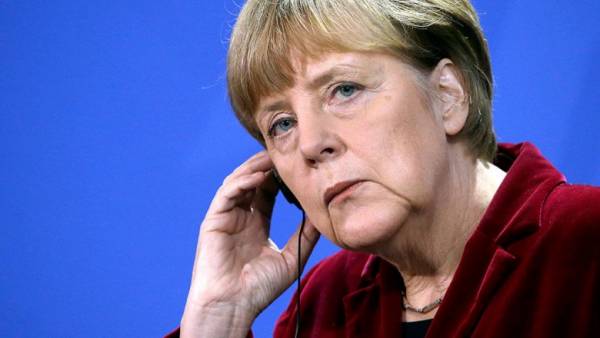 It is noted that the attacks continued until the end of October last year. While not precisely determined, when they started and who organized them. It is not excluded that the attacks involved Russia and China. In addition, it is allowed that the Russian side had cooperated with the right-wing German groups.

According to available information, currently, hackers have posted only part of the stolen information. Was the stolen mobile phone numbers, addresses, personal email, official and private correspondence, passwords, personal photos and documents.

In Germany, the Federal office for the protection of the Constitution informed about hacker attacks, which were committed to e-mail the members of the Bundestag, some of the German Embassy and the Bundeswehr.

Russia is accused of киберпреступлениях14:23 (GMT)Hacking is not affected by the secret data Merkel and her ведомства2 Ankaraspor fired for stealing, the media learned about the detainee американце29 Dec 2018The Washington Post: GRU pressed on Congress, trying to change the attitude to Ukraine