WASHINGTON, 2 Jan. /TASS/. The US President Donald trump on Wednesday linked the collapse of the Soviet Union with the participation of Soviet troops in the war in Afghanistan. With this statement he made during a meeting of his Cabinet at the White house. 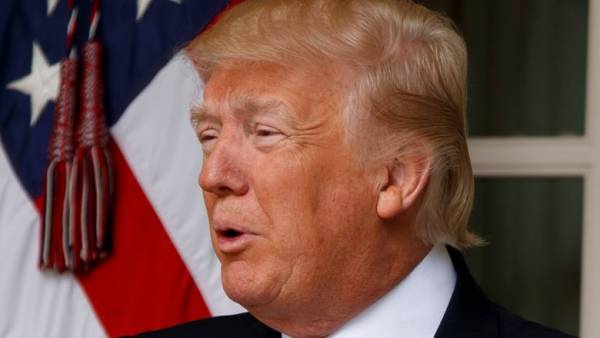 The recording of the meeting was broadcast by the American news broadcaster.

He stressed that Afghanistan must fight the neighbors of this Central Asian Republic, Pakistan, Russia, and India in particular.

In this regard, the head of state questioned the US military presence in Afghanistan, which “is 6 million miles (9 km 656)” from America.

25 December 1979 the Soviet Union sent to Afghanistan a Limited contingent of troops to help the government of the people’s democratic party of Afghanistan “to assist the Afghan people in repelling armed aggression”.

The explanation of the Soviet leadership, this was done in full accordance with article 51 of the UN Charter and article 4 of the Soviet-Afghan Treaty of friendship, neighbourliness and cooperation of 5 December 1978, in response to a request from the leadership of Afghanistan. On 15 February 1989 the last units of the Soviet armed forces left Afghanistan.

Trump: “Russia used to be the Soviet Union. Afghanistan made it Russia because they went bankrupt fighting in Afghanistan. Russia.”

Trump then goes on to endorsements the Soviet invasion of Afghanistan. Via Fox. pic.twitter.com/oE0fuDLXyz