The death toll in Magnitogorsk has reached 38 people

MOSCOW, January 3 — RIA Novosti. Rescuers pulled the body of the 38th died in the collapse of the entrance of a house in Magnitogorsk, told RIA Novosti in the press service of EMERCOM of Russia.

A gas explosion in Магнитогорске07:43 (GMT)the Threat of structural collapse at home in Magnitogorsk remains 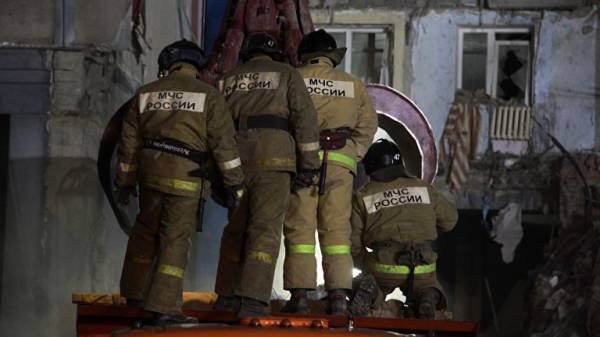 “Retrieved the body of a deceased female total number of victims amounted to 38 people,” — said the Agency interlocutor.

In Magnitogorsk on Monday from-for explosion of household gas collapsed one of the entrances of a house.

To the city hospital immediately after the incident there were five victims. A day later, under the rubble of the house found the eleven and the boy was evacuated to Moscow. The child is in serious condition, but non-life-threatening.

The decision of the authorities the families of the victims will receive one million roubles, 400 thousand rubles will be given to the citizens who received grave or medium-gravity damage to health, 200 thousand received light injury.

The funeral of the 16 victims under the rubble after a gas explosion in a residential building in Magnitogorsk will take place before the seventh of January.