Two women in India for the first time in centuries were able to go to the temple of the God Ayyappan in Sabarimala, reports the local TV channel NDTV. 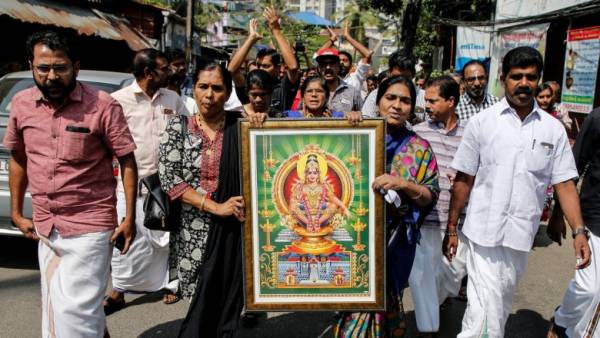 As noted, Indian women have the right to visit all the temples except the temple of Ayyappan. In September last year, the Supreme court of India recognized a ban on visiting the temple women is a violation of constitutional rights.

Under data channel, two women aged about 40 years old entered the temple early in the morning of January 2, accompanied by the police.

After they left, the temple was closed for the ritual of “purification”.

It is emphasized that before this incident, none of the female representatives aged 10 to 50 years could not get to the temple.

Earlier it was reported that a woman first became a presenter on the TV in Saudi Arabia.