Pompeo commented on the detention of American in Moscow for espionage

Washington expects the Russian side more information about the reasons for the detention of American Paul Whelan in Moscow, said US Secretary of state Mike Pompeo, quoted by CNN. If the detention was unreasonable Whelan, the United States will require the immediate return to his homeland, he said. 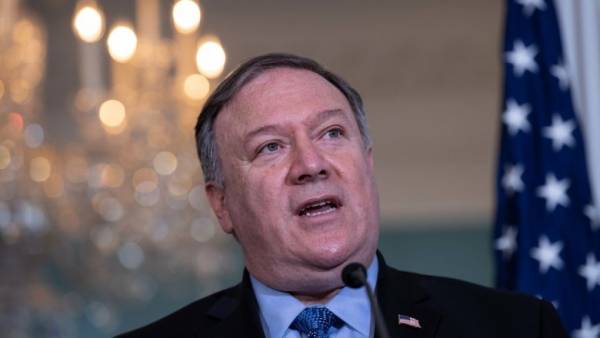 He added that the United States hopes to gain consular access to Whelan in the near future.

Employees of the Federal security service (FSB) detained American in Moscow on 28 December. The Russian secret service reported that he was detained while conducting espionage action. Concerning the man criminal case under article about spying. Twin brother Whelan David Whelan previously said that he arrived in Russia on 22 December for a friend’s wedding, a former marine who married a citizen of Russia. But at the ceremony Whelan didn’t come as he was arrested.

The Washington Post, citing the relevant documents wrote that the detainee since 1994 he served in the marine corps. He was twice in Iraq in 2004 and 2006, In 2008 he was dismissed from the army for misconduct after he was convicted on several counts of theft. Now the man leads the security service of BorgWarner. The company manufactures parts for automobiles and does not work in Russia. This information previously confirmed by the company itself.

See also: Maria Butina made a deal with the American investigation. What’s next?