NASA continues preparation for the visit of Rogozin to the United States, despite criticism in Washington

WASHINGTON, 2 Jan. /TASS/. The preparation of the visit of the head of Roscosmos, Dmitry Rogozin, the USA continues, despite criticism of these plans on the part of some members of the Washington establishment. 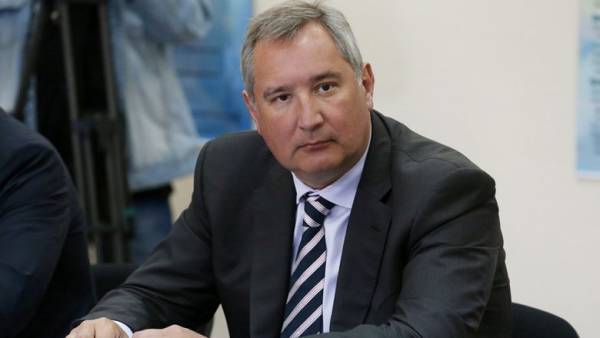 This is made clear to the press-Secretary of the National management of the USA on Aeronautics and space research (NASA) Meghan powers.

“Planning a possible visit of the General Director of the Russian space Agency, Dmitry Rogozin] continues”, — quotes powers on Tuesday, the newspaper Politico. “Relations between the US and Russia in space exploration are rooted in the 1970-ies,” — said the press Secretary of NASA. “NASA has historically invited the heads of the Russian space Agency to visit the United States.

Following this precedent, and after the visit of the Director of NASA’s Bridenstine to Russia in October to participate in the activities associated with sending a crew to the ISS, NASA has invited General Director of the Russian space Agency to visit the NASA complexes in the United States and discuss the continuing cooperation of our countries in the field of space-related”, she added.

Criticism of the visit

Previously, a number of American officials and legislators have criticized the planned visit of Rogozin to the United States. “It [the visit] sends absolutely the wrong signal about lifting the sanctions, even temporarily, in order to invite him [Rogozin] to speak to students in one of our best universities,” claimed, in particular, the senior Democrat of the Subcommittee on intelligence, U.S. Senate mark Warner (Virginia).

In October, the Director of NASA, Jim Breidenstein in an interview with TASS said that he would like to Rogozin during his visit to the United States spoke at rice University (Houston, Texas). The official institutional representative Doug Miller, quoted by Politico, said he did not know about this invitation: “rice University were not invited Rogozin to campus; I don’t know, is working on NASA”. “As far as we know, plans that Rogozin will visit rice University during a visit to Houston, no,” he argued.

In turn, the Republican Senator from Texas Ted Cruz, who heads the Subcommittee on space of the Senate Committee on Commerce, science and transportation, in response to a request from Politico to comment on Rogozin’s visit to USA did not openly criticize these plans, but stressed that the United States should reduce its dependence on Russia in the sphere of space transportation.