The Prime Minister of Russia Dmitry Medvedev signed a decree of the Cabinet of Ministers to increase the term of temporary stay in Russia for up to 180 days for residents of Donbass. 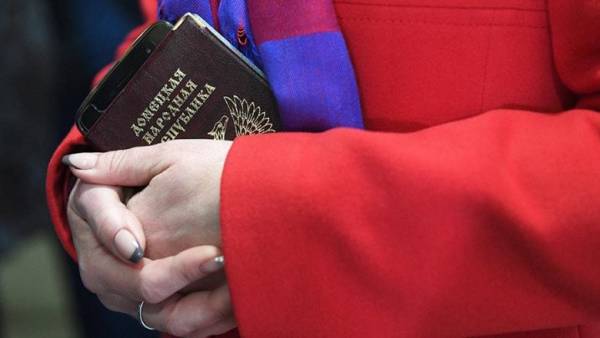 According to the warrant published on Monday, 31 December, the official portal of legal information, it is proposed “to increase for the citizens of Ukraine, permanently residing on the territory of certain districts of Donetsk and Lugansk regions of Ukraine, the continuous period of temporary stay in Russia up to 180 days from the date of each entry into the territory of the Russian Federation”.

Previously, citizens of the self-proclaimed Luhansk and Donetsk people’s republics had a right to be in Russia for 90 days.

In mid-December the state Duma in the third final reading adopted a draft law introducing a simplified procedure for obtaining Russian citizenship. Before that, on 2 December, Russian President Vladimir Putin has promised not to impose any restrictions against the citizens of Ukraine and even to facilitate their obtaining a Russian passport. Thus he said that from November 30 the state border service of Ukraine has banned the entry of men aged 16 to 60 years old, have Russian citizenship.