Press Secretary of the Pentagon, Dana white resigned because of the scandal with incorrect treatment of subordinates. A farewell letter to the staff, she wrote in Twitter account. 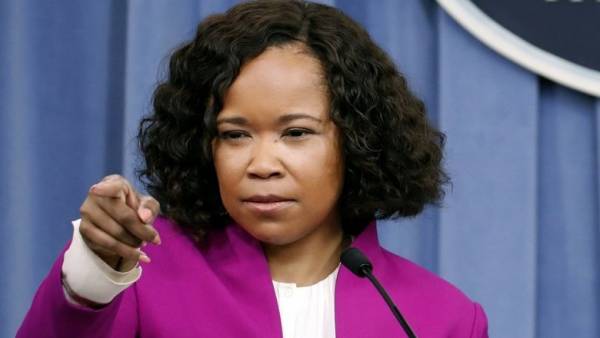 As reported by NBC News, in August, white was caught in the fact that during working hours she was giving the staff personal errands. So, at her request, subordinates bought her pantyhose, took things to the dry cleaners and buying food. Also, the press Secretary of the Pentagon has repeatedly asked employees to help her in planning personal trips and forced them to call child protective services regarding child adoption.

The investigators will also explore the fact that white fired at least four employees who complained about her behavior. The Pentagon’s code of ethics States that no employee may request subordinates to use official time to perform personal errands.

White resigned a few hours after the Pentagon chief James Mattis, whose term of office expires 1 January, said goodbye to colleagues. Acting press Secretary will be assigned to Charles Sumner.