Fashion for fireworks has passed, and with it the era of budget pyrotechnics

The most popular new year fireworks used in the beginning. What now is fireworks and why the Russians are less interested in her? 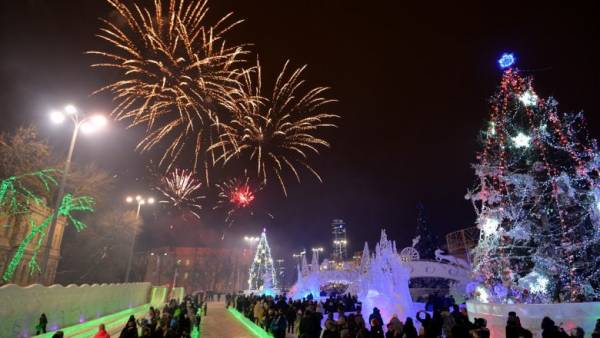 Prices on firecrackers and a variety of crackers compared to last year has increased, and the demand for them fell. And this is in December when the dealers of pyrotechnics the high season, said the Director of “Imperial fun” Alexander Farafonov:

“This year, a slump in sales. Prices increased this year due to the fact that the goods mainly imported, respectively, are tied to the dollar. The dollar rose, the price rose. Somewhere between 10-20% of the price went up.”

Became less work for professionals, that is, private contracts became less. Maybe the crisis has caught up, maybe just the purchasing power has fallen, or maybe just lost interest. Easier to go and see the city fireworks.

The most popular new year’s fireworks used in the beginning, when the Russian market was flooded with cheap and not always safe Chinese pyrotechnics. Then the market would adjust, and in recent years cheap of counterfeit goods in the cities is almost there.

Now to find a small salute cheaper than 300 roubles is almost impossible. It is little more than 4 dollars at the current rate. And 15 years ago so the fireworks were sold at New year for about a dollar apiece.

Merchants pyrotechnics had to adapt to new conditions, says the President of the Moscow pyrotechnic Association Vladimir Zhikharev: “Given the General decline in purchasing power, many manufacturers and importers, not to lose a customer, lowered the value of their products and to give himself a chance to work, changed the design. As milk do not sell liter, and 900 ml, the same thing is happening in fireworks, when statelova battery volume gives a smaller number of bursts, although it looks like a big enough battery for the same price. Some manufacturers use cheaper components, sometimes loss of entertainment, but without loss of security.”

The city authorities urged not to bring in the new year’s eve fireworks on Red square.

Due to the fact that fireworks are potentially dangerous, this kind of entertainment was banned on the main square of the country. For pyrotechnic show in Moscow, there are 38 sites 76 more special places to provide the population to use consumer fireworks, said the mayor’s office.