Austrian Chancellor admitted the possibility of lifting sanctions against Russia

Chancellor of Austria Sebastian Kurz has supported the gradual abolition of anti-Russian sanctions in the event of settlement of the conflict in the Donbass, writes on Sunday, December 30, the German newspaper Rheinische Post. 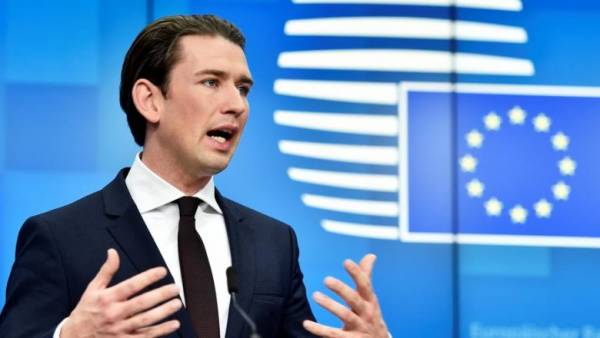 In his opinion, the first step in this direction should be a genuine ceasefire in the Donbass. However, “in recent months, it was too little movement,” said the Chancellor.

However, Kurtz drew attention to the fact that the Ukrainian government must take an interest in the establishment of the ceasefire.

On 3 October the Chancellor said that without the participation of Russia is impossible to solve the issue of energy supplies to Europe in General and countries in particular. According to the politician, it is necessary to establish a dialogue with Moscow, so as to achieve lasting stability in Europe without its participation impossible.

The EU imposed economic sanctions against Russia in 2014, after falling over the Donbass Malaysian Boeing MH17. Since then, every six months they renew.

In March 2015 the participants of the event decided to lift restrictions after the implementation of the Minsk agreements. Moscow has repeatedly said that he sees no connection between these events.

Sebastian Kurz was appointed Austrian Federal Chancellor after the victory of his party in the parliamentary elections held in December 2017.