A special flight of EMERCOM of Russia has brought in a 30 evacuated from Iraq children who were in the Baghdad prison with convicted or under investigation mothers. The Board landed on the airfield near Moscow Ramenskoye. This was reported by TASS on Sunday, December 30. 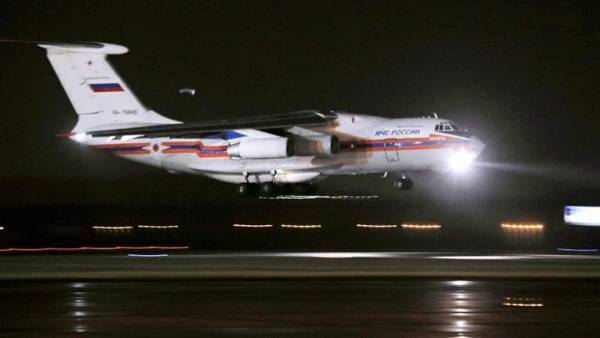 Previously, on 30 Dec Commissioner on child rights under the President of Russia Anna Kuznetsova arrived in the capital of Iraq for the evacuation of prisoners minors. 30 children were taken to the plane. They were met by doctors of the all-Russian center of emergency and radiation medicine (wcam) “Protection”, as well as psychologists and staff of the office of the Ombudsman, then a minor fed. Kuznetsova, in turn, presented gifts to the children.

Only the Russian authorities aware of the 699 juveniles who were brought to combat zone in the middle East. 115 of them have already returned to their homeland, reported the press service of Kuznetsova.

Children find themselves in Iraqi prisons with their mothers, convicted of supporting the terrorist organization “Islamic state” (banned in Russia). In April a member of the Council under RF President on development of civil society and human rights (HRC) under the head of Chechnya Kheda Saratova stated that human rights defenders are doing everything possible for the speedy call of a minor. Primarily home to the children who are the Russians, followed by those born in Iraq (their departure more difficult to register legally).