White coating on the pickled vegetables were not what was considered

Scientists have found that white colonies of organisms that appear on fermented vegetables, not really a mold, and yeast. Preliminary data indicate their harmlessness, but to confirm this point of view, more research is needed. 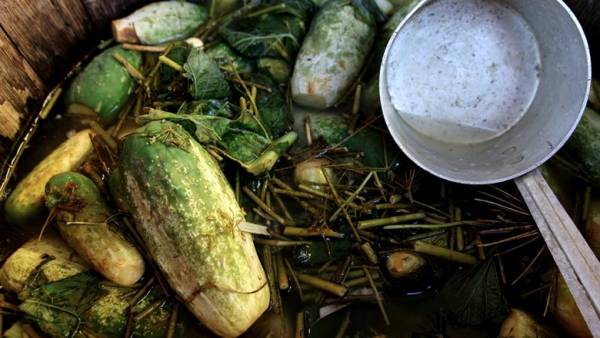 Results published in the Journal of Microbiology.

The colonies of organisms of white often appear on products, in particular fermented vegetables. Despite the prominence of this phenomenon in everyday life, scientists until recently have not investigated genomes detected in the plaque microorganisms. As a rule, the yeasts produce substances that give pickled vegetables a specific taste, from which they are often used for cooking foods such as rice wine.

In the new work, the staff of the University of Kenkhi and the world Institute of Kimchi used methods of new-generation sequencing to determine the genome forming a white coating of organisms. As substrate they used various types of kimchi — traditional Korean cuisine, which is a pickled (fermented) with lots of spices vegetables, most often cabbage. Unlike many other pickled foods, kimchi is fermented primarily by lactic acid bacteria, however, towards the end of the process can appear white colonies of organisms that are considered moldy.

The authors conducted a genetic analysis showed that it is actually a white plaque is a colony of yeast. This is mainly strains of Hanseniaspora uvarum, Pichia kluyveri, Yarrowia lipolytica, Kazachstania servazzii, and Candida sake. The results of the study indicate the safety of these organisms since they possess genes associated with production of toxins. However, scientists do not advise to use such vegetables until proven their safety.