Poroshenko extended the control zone of Ukraine in Black sea

MOSCOW, 29 Dec — RIA Novosti. The President of Ukraine Petro Poroshenko has signed the law “On the area of Ukraine”, which regulates the Maritime border of the country and punishment for violators, according to the website of the President. 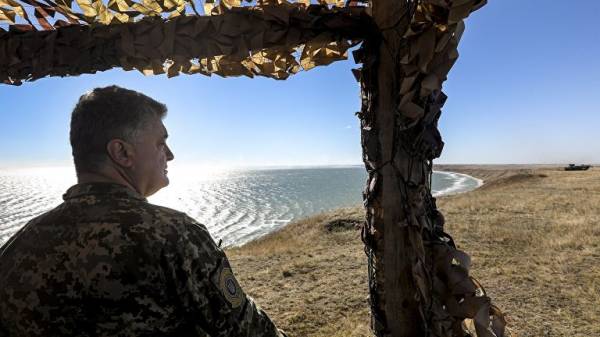 According to the document, the adjacent area of Ukraine is considered to be the area of the open sea, bordering the territorial waters, the outer boundary of which is at a distance of not more than 24 nautical miles. This period is counted from the baselines of the territorial sea.

It is assumed that the authorized body for the protection of the state border may stop, inspect, detain or arrest of judgment, as well as members of their crew, with the exception of warships and other government ships used for non-commercial purposes.

In addition, when the attempt of the vessel to escape, the authorized body shall have the right to pursue him for arrest and bring to justice in accordance with the UN Convention on the law of the sea 1982.

The right to the pursuit ceases if a vessel enters the territorial sea of the state whose flag goes, or any third country.

The law will enter into force the day after publication.