“Victory” complained of a mass delay of flights in “Vnukovo”

The airline blames the guards. 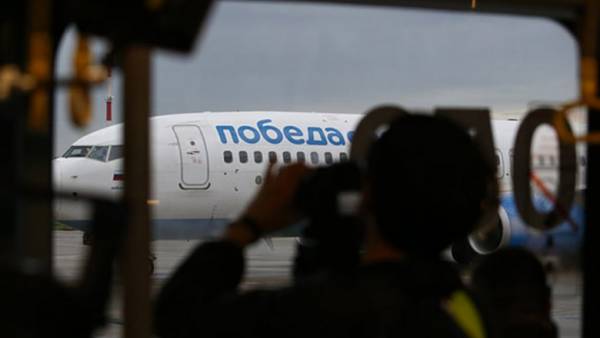 Flights “Victory” on Saturday, December 29, massively delayed at the Moscow airport “Vnukovo”, told “Vedomosti” representative of the airline. According to him, the reason of the claim of the guards to the boarding passengers. “Vedomosti” expect the comment of the representative “Vnukovo”.

According to the representative of “Victory” delayed departures “absolutely all” international flights of the carrier.

The border guards explained their actions by the fact that the landing of passengers from the terminal to the buses starts early arrival crew on Board, said the Agency interlocutor. “Although no statutory requirements as to the availability of crew on Board to begin the process of planting does not exist,” he said. The actions of the border service of the representative of the “Victory” called illegal.

He added that “Victory” flying from “Vnukovo” on the agreed maintenance schedules of 30 and 25 minutes. According to him, to comply with these schedules Board buses starts for passengers at about the same time, when the crew departs from the terminal building to the aircraft.

The company operates in this mode for about three years. “Any illegal demands from the border service has not previously been reported,” — said the source “Vedomosti”. The representative of the “Victory” he added that the airline plans to recover through the court all costs associated with delayed flights.

According to the online scoreboard on the website of “Vnukovo” and the airline’s website, some of the flights of the carrier was detained, and some were out later than was scheduled. The representative of the “Victory” he told “Vedomosti” that the flight delay is up to one hour. At the same time-line it follows that for some flights the delay was almost two hours.

A source in the airline told “Vedomosti” that the actions of the guards could be the answer of a management of frontier service of the airport to the failure of “Victory” in carrying “and illegal demands about sending to any country of a citizen of Benin, who flew 26 Dec DP837 flight from Moscow to Istanbul, but was not admitted to the territory of Turkey and deported back to Russia.” “In violation of the International Convention of the ICAO, a border service of “Vnukovo” it was not passed back to the territory of the Russian Federation”, — said the source.