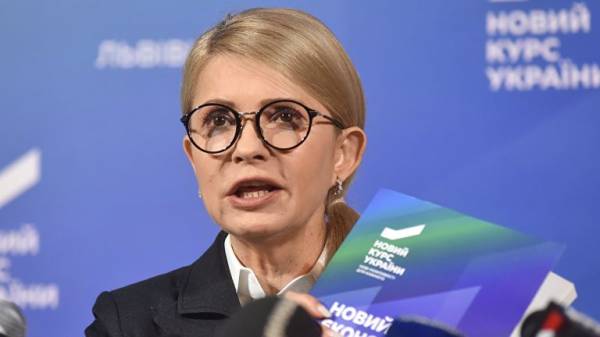 “Stabilized the credibility of the leader of the opposition, and if the elections are held normally, clearly becomes the President Yulia Tymoshenko”, — quotes the words of political scientist UNIAN news Agency.

Made public in the December survey conducted by Fund “Democratic initiatives” name Ilka Kucheriv jointly with the sociological service of the Razumkov Center, Tymoshenko leads in the polls, it is ready to support 16.1% of Ukrainians, with the current President Petro Poroshenko ready to vote, 13.8% of voters.