Ukraine has removed restrictions on the entry of Russian men

With the cessation of martial law in Ukraine lifting of the ban on entry into the country and men from Russia, said the press-Secretary of the state border service of Ukraine Oleg Slobodyan. However, Ukrainian border guards still check them in emergency mode, Slobodyan said the Agency “UNIAN”. 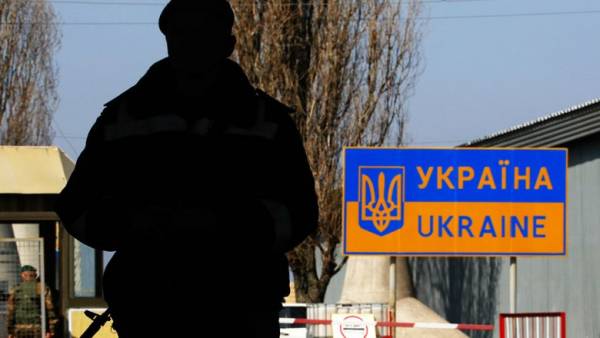 “Martial law wasn’t renewed — so the threat of invasion of Russian troops decreased… the Ban on the entry of men from Russia is cleared. But the state border service continues to monitor the second line with all the citizens of Russia, specifying the purpose of their visit to Ukraine. After this, the decision about the appropriateness of their entry into our country”, — said Astakhov.

“[In addition to passports] may be required and other documents confirming the purpose of his visit,” — said Slobodyan.

After the introduction on 26 November for a month of martial law on the territory of Ukraine was denied entry into the country men from Russia aged 16 to 60 years. 30 November the President of Ukraine Petro Poroshenko explained that this measure is taken to prevent the formation in Ukraine of “private armies”.

“Ukraine has imposed restrictions on the entry of citizens of Russia males aged 16 to 60 years that Russia was not formed in Ukraine, the groups of “private” armies, which in fact are representatives of the armed forces of Russia”, — wrote the President of Ukraine in the official Twitter.

Russia did not give Ukraine a symmetrical response.