MOSCOW, 28 Dec — RIA Novosti. The Minister of defence of Ukraine Stepan Poltorak, in an interview with ZIK TV channel said that the Ukrainian Navy ships will continue to pass through the Kerch Strait. 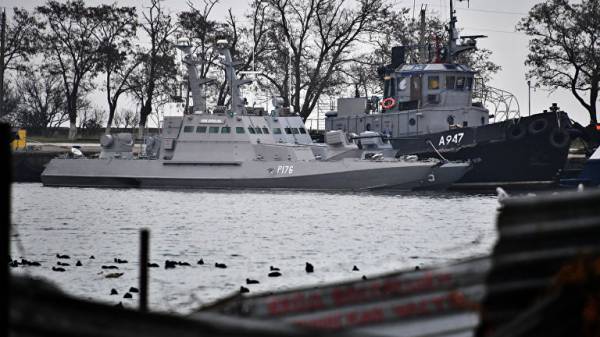 “It will be 20, 30, and 100, and it always will be, because the sea of Azov is part of Ukraine, Mariupol, Berdyansk — our ports, is part of Ukraine, part of our economy. And we do not abandon our right of free passage through the Strait of Kerch in compliance with all international norms and law,” he said.

In November, three ships of the Ukrainian naval forces was included in the temporarily closed waters of the Russian territorial sea and moved to the Kerch Strait. At the same time they maneuvered in a dangerous manner and ignored the legitimate demands of the Russian authorities. Ships with 22 sailors and two employees of SBU were detained, three of them were injured and were hospitalized. Their life is not in danger. A criminal case on illegal crossing of the state border.

Russian President Vladimir Putin called the incident a provocation and said that the staff of the Ukrainian secret service was actually in charge of the operation. Russian border guards, he said, perform their direct functions.