Friendship with Russia was for the Chinese in second place in importance to the partnership with the United States — this is according to the survey conducted by the publication Global Times. The cooperation with Moscow ahead of the priority for the Chinese mutual foreign policy with the EU. Earlier, the Russian Ambassador to China Andrey Denisov said that the American sanctions complicate cooperation between Russia and China, but not affect his pace and volume. 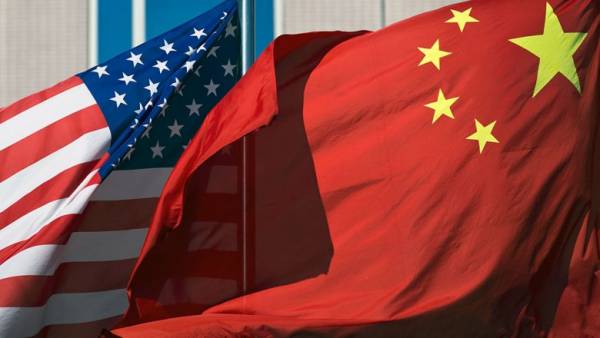 For Chinese relations with the United States is more important than other countries, this friendship of China with Russia is in second place in importance among the entire foreign policy of Beijing — this is according to the survey conducted by the publication Global Times. Thus, cooperation with Moscow is far ahead of the priority for the Chinese friendship with the European Union, reports TASS.

According to the study, which was conducted by scientists of the publication, acting as the structural units of “people’s daily”, nearly 40% of Chinese citizens said that the development of partnerships with Russia is very important and has great influence on their country.

According to the survey, Russia ranked eighth among the States to which the Chinese feel particularly warm feelings.

The first place on the importance of economic trade and political contacts took US — this opinion was expressed by two thirds of the respondents. At the same time, the United States was in the lower ranking positions in popularity among respondents — in 13 out of 15 seats, ahead of only Malaysia and Italy. Only 3.8% of the residents said that the United States is a country they would like most to visit.

Three days earlier, Russian Ambassador to China Andrey Denisov said that the U.S. restrictions to some extent complicate the cooperation of the Russian Federation with China, but not affect his pace and volume.

The Russian diplomat drew attention that due to us sanctions, there are some difficulties in cooperation of Russia and China, for example, when mutual settlements or obtaining loans, reports FAN.

“But… it’s like bad weather in agriculture: it is raining, but we have to work” — gave the analogy of Denisov.