Seen, perhaps, the rarest bird in the world

In Brazil, scientists have captured the only known specimen tapaculo Stresemann — perhaps this is the most rare bird in the world. 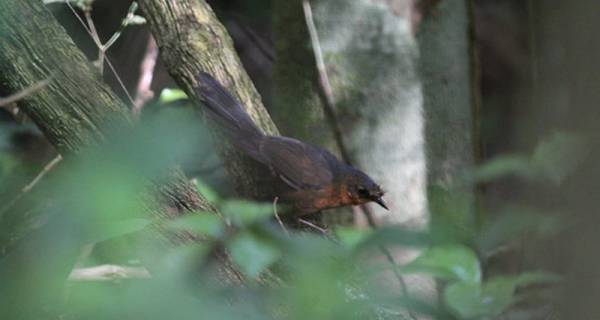 Tapaculo Stresemann (Merulaxis stresemanni) is a species of bird living in the forests of Brazil and on the verge of extinction. According to the researchers, population Merulaxis stresemanni consists of 10-15 individuals, but in recent years, experts have discovered only one. Recently in the forests of the Brazilian state of Bahia again noticed the female tapaculo Stresemann: expedition, is engaged in search of this species, photographed a rare bird and recorded her voice.

Merulaxis stresemanni was opened in 1940-ies, but for the first time again was found in nature after a long time only in 1995. On this view, scientists know almost nothing. They hope that in the future, if we manage to protect the habitat of rare birds, they will learn Merulaxis stresemanni in more detail.