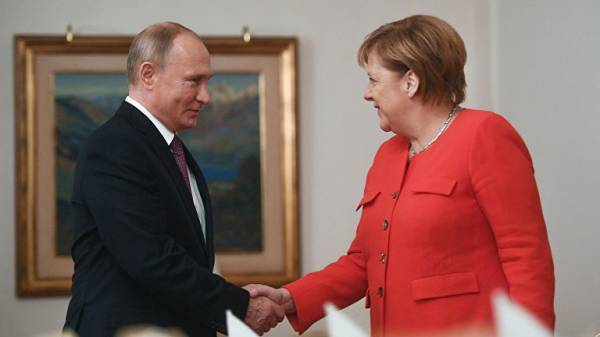 The Russian leader and Chancellor of Germany discussed the U.S. plans to withdraw troops from Syria, a solution to the conflict in the Arab country with the quadripartite summit in Istanbul.

Putin stressed that the countries-guarantors of the Astana process work on compiling a list of members of the constitutional Committee creates the conditions for achieving long-term and reliable settlement in Syria.

Furthermore, the world leaders exchanged opinions on the situation in the Kerch Strait.
It is noted that the heads of state wished each other a happy New year and agreed to continue contacts.