Interstate relations between Russia and Belarus 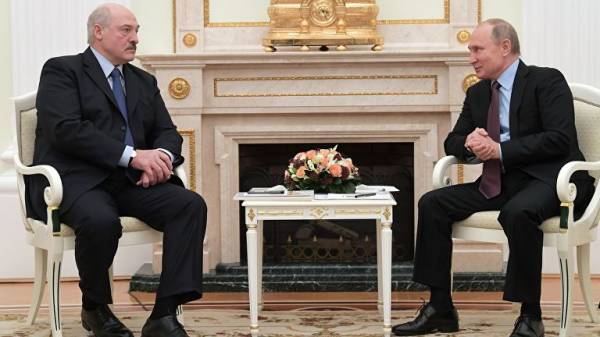 The legal base of Russian-Belarusian relations are more than 220 inter-state and intergovernmental treaties and agreements. Multilateral cooperation agreements bind countries together within the framework of CIS and CSTO.

Belarus is a strategic ally of Russia. This is enshrined in the foreign policy concept of the Russian Federation, where as one of the regional priorities confirmed the policy of expanding strategic cooperation with Belarus within the Union state and development of integration processes in all spheres, as well as deepen and expand integration among the countries within the Eurasian economic Union.

Evidence of the priority of Russia’s relations with Belarus is the high dynamics of bilateral contacts at summit and high levels.

6 December 2018 the leaders of Russia and Belarus took part in the meeting of the Supreme Eurasian economic Council and the CIS informal summit.

On 25 December President of Belarus Alexander Lukashenko visited Moscow on a working visit. In the course of negotiations at the highest level were discussed key issues of bilateral cooperation.

The Chairman of the government of the Russian Federation Dmitry Medvedev in 2018 held five meetings with Andrei Kobyakov, previously held the position of Prime Minister of Belarus until August 2018, and then four with his successor at the post of Sergei Roumas. The last meeting of heads of governments of the two countries took place on 13 December in Brest. The conversation took place behind closed doors.

On the same day, Dmitry Medvedev and Sergei Rumas conducted the meeting of the Council of Ministers of the Union state.

Maintain active contacts between the foreign ministries, the permanent dialogue between the specialized ministries and departments.

On November 20-21 2018, Minister of foreign Affairs of the Russian Federation Sergey Lavrov visited Belarus on a working visit to participate in the joint meeting of the collegiums of the MFA of Russia and MFA of Belarus.

During the visit Sergey Lavrov also met with President of Belarus Alexander Lukashenko.

Russia and Belarus share common or similar positions on major international issues, closely cooperate in the UN and other universal and regional organizations.

The Russian Federation is the main trade and economic partner of Belarus, and its share in Belarus ‘ trade turnover with all countries is stable at around 50%.

Belarus takes the first place in terms of Russia’s trade turnover with the CIS countries and the fourth place among all trading partners of the Russian Federation.