SAMARA, 28 Dec — RIA Novosti. The Deputy of the state Duma from the Samara region Alexander Hinstein considers that the Minister of socio-demographic and family policy of the Marina Antimonov, advised mothers to plant gardens, not to feed kids bad food, didn’t want your words to offend anyone. 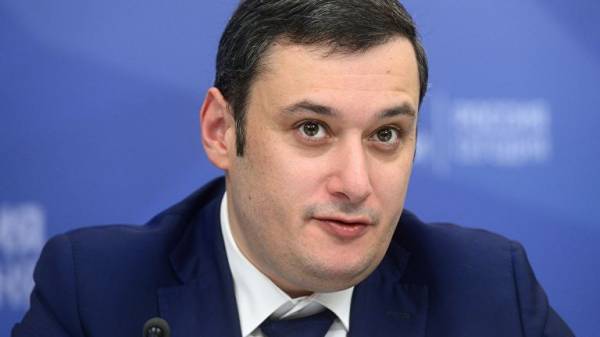 Earlier in Antimonopoly account on Twitter, a discussion about the size of child allowances. The inhabitant of the Samara region, wrote that she had no desire to support the child on welfare, which, according to her, is 50 rubles a month, in order to feed him “cheap food palm oil”.

In response, the Minister asked the residents whether they think that “the state must all contain”, and said that her generation, not to feed children bad food, “gardens and orchards planted”.

Antimonov later apologized in front of everyone, adding that he made “invalid expression”, which “was snatched out of context and reprinted”.

“I know Marina Yurievna personally, I believe she clearly formulated the idea and certainly had no thought of offending people and, moreover, is not offered to single mothers to dig gardens. She wrote that her generation was so” — said RIA Novosti Khinshtein.

The ability to admit error is always respected. https://t.co/mzX4ud8FtI

In his opinion, that Antimonov apologized for his words, says that she is able to admit their mistakes, and “it is a sign of strength, not weakness.” He added that the authorities in Samara region are the most open and have a real, “live” accounts in social networks.

“I guess this is a difficult activity and many have yet to learn, but it’s better than to avoid direct dialogue with people. I think that for all other colleagues it will be a sufficient lesson,” — said the Deputy.