Vnukovo passenger tried to run away from the flight of “Victory”

MOSCOW, 28 Dec — RIA Novosti. In the capital’s Vnukovo airport a passenger tried to escape from the flight Moscow — Ekaterinburg airline “Victory”, reported RIA Novosti a source in the company ground handling of flights. 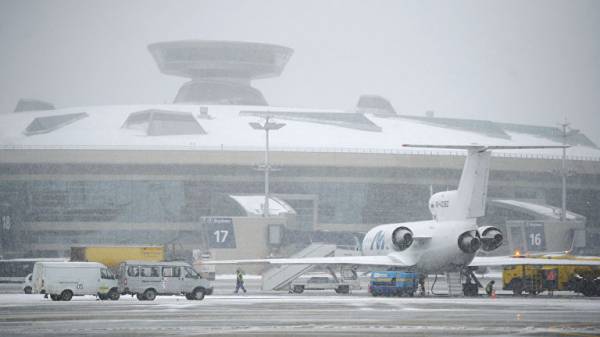 As told the interlocutor of Agency, during the landing one of the passengers came out of the apron bus near the plane and went in an unknown direction.

The airport security took some time to find it.News

The man was detained and handed over to the police.

In a press-service of “Victory” confirmed the information about the missing passenger and noted that this had two hours to delay the flight.

This is the third such incident in the Moscow airport for the past month. At the end of November at the airport the plane knocked down a man who instead of landing in the airport Shuttle out on the runway.

Another passenger was detained November 30 at Sheremetyevo for unauthorized runway in the vicinity of viralimalai passenger aircraft.

Read also: Passengers of one of the Moscow airport was transferred to another plane