Ukraine has imposed sanctions against the archaeologists

The new sanctions list against Russia, published in Ukraine, not only were politicians and businessmen, but also scientists. This was announced by the Ukrainian Minister of the temporarily occupied territories and internally displaced persons Vadim Chernysh, reports Zik. 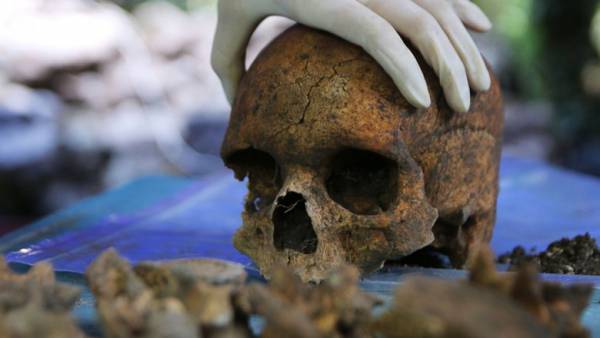 Blackie said that in the list were the names of the archaeologists who conducted excavations in the Crimea. “Despite the current international practice, they were under occupation of the illegal activities,” — said the Minister.

Their names are not known publicly, as Ukraine does not want them any official contacts. The Minister hopes that the hit to the sanctions list archaeologists will create a negative image, and they “fall out of the professional community”.

In addition, Blackie has denied that Ukrainian sanctions list was published in response to the Russian. “On the contrary, the Russians know that we are preparing sanctions, and they just needed to show something on their side,” he said.

26 December, the Council of national security and defense Council (NSDC) of Ukraine supported the introduction of additional sanctions against Russian individuals and legal entities. the list includes persons who “actively supported or contributed to the aggressive actions against Ukraine”.