MOSCOW, 28 Dec — RIA Novosti. The authorities in new York explained the reason for the strange blue glow in the sky above the city: it’s not aliens — one of the power plants blew up the transformer. 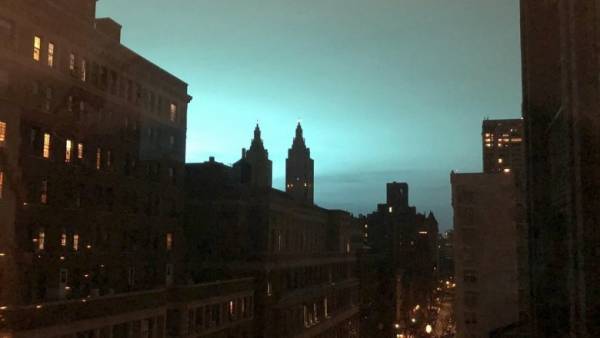 Assumptions about the invasion from outer space left on social networks, some residents of the metropolis, concerned about strange atmospheric phenomenon which can be observed in new York city on Thursday evening.

I’ve never seen the Astoria Borealis before in my life. What a shock…. @ConEdison pic.twitter.com/vrMfwkzWOa

“It’s not aliens. Explosion of a transformer at the Consolidated Edison facility in Queens,” he wrote on Twitter Eric Phillips, a spokesman for new York mayor bill de Blasio. He also reported about the cases of power failures that occur in the city, including the airport La Guardia.

*gets off subway at Astoria* oh, the world is ending. pic.twitter.com/jXPikXTp4k