She has lived 25 years with a Soviet passport, and paid the price

Resident cheats, who for 25 years did not dare to take a Soviet passport, he refused to obtain the Russian, according to the Prosecutor’s office of Zabaykalsky Krai. 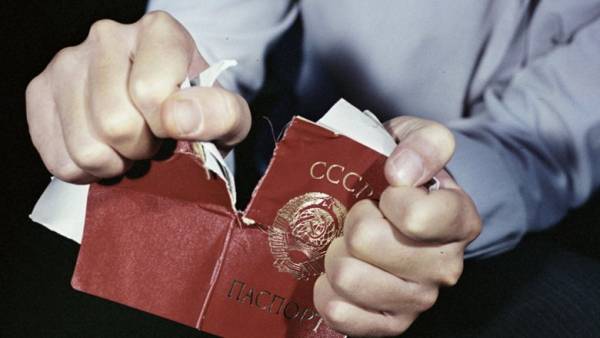 “The Prosecutor appealed to the chernovskiy district court of Chita, a statement establishing the fact of residence of women in the territory of the Russian Federation as of 06 February 1992, which will allow it to continue to receive the passport of the citizen of Russia”, — reported in the text.

60-year-old woman decided to deal with the paperwork to apply for a pension. Earlier this question, she had not been unnecessary.

However, the police where called chitinka, she checked the records and found that the applicant was not registered at the place of residence at the time of the collapse of the Soviet Union, and therefore can not apply for Russian citizenship.

The woman then asked the Prosecutor.

The Minister noted that only Chernovskiy district Prosecutor’s office sent to the court about five such statements annually.