In the Sakhalin region large-scale operation. Security forces carried out searches in the nearest environment of a reputable businessman Oleg Kahn. He “crab king” hastened to escape on a private jet. 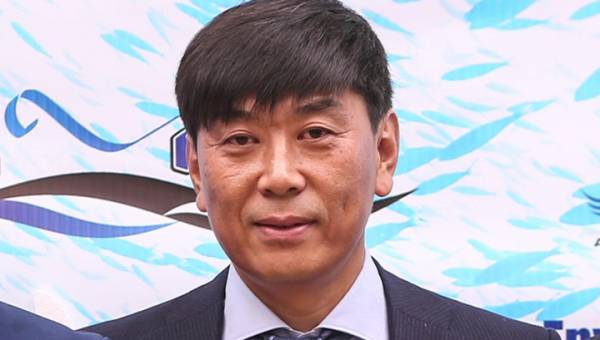 The information that the “crab king” of Russia Oleg Kan left the country immediately after the airing of “Investigation of Eduard Petrov “crab trap-2” appeared on Monday, December 24. In a “Duty of” was the video from surveillance cameras of the airport of Yuzhno-Sakhalinsk.

On these shots man, very similar to Oleg Kahn, accompanied by security guards is inspected before departure. According to some, the “crab king” of Russia flew to Japan on a private plane.

We can show pictures of personal aircraft authoritative billionaire. Earlier Oleg Kan has traveled with the ordinary passengers, then bought a helicopter and now has had his own plane.

In 2010, Kahn was already in a similar situation, when was the accused in the case of the murder of his rival — Valeria, Pkhidenko. Businessman shot dead in 2010 in Vladivostok. Then Oleg Kan flew from Russia and was declared internationally wanted.

However, despite the collected evidence, the investigation was suspended, and Kang returned to Sakhalin.

This time the businessman did not wait for a summons for questioning to the investigator and hastily left the country. It is not saved from prosecution by his close relatives and friends.

As it became known, immediately after the release of the film “crab trap-2” has a criminal case about contraband of the Kamchatka crab. According to investigators, the company, which is using straw men manages Mr. Kang, for many years, illegally transported across the border of thousands of tons of seafood. The value of the goods in this case was underestimated at times.

“As a result of complex operative-investigative activities conducted by law enforcement bodies of the Sakhalin oblast received information about that from the beginning of the two thousandth in the far Eastern Federal district has an organized group of persons engaged in smuggling of strategically important goods and resources, namely the red king crab. It uses documents containing inaccurate information about products. Contracts for the supply of water biological resources was, in particular, between the Sakhalin companies “Moneron” and the firm is registered in Panama. The value of crab products for these transactions was too low to significantly reduce customs payments to the budget of the Russian Federation. Criminal case is investigated by the investigative Department of FSB of Russia across the Sakhalin region”, — tells a press-Secretary UFSB of Russia across the Sakhalin region Anastasia Ermolova.

In the framework of the criminal case about contraband on Sakhalin island held a large-scale searches. Security forces arrived to multiple addresses companies of Oleg Kahn. At our disposal was footage searches in the elite village “Winter”. It is located on the outskirts of Yuzhno-Sakhalinsk surrounded by pristine forests and hills. Here live the wealthy and powerful people of the island.

Among them, the “crab king” Oleg Kan and his right hand — the Deputy of the Sakhalin regional Duma Dmitry Pashov. He managed to escape from the security forces before the start of the investigation. So to answer questions of law enforcement officials had his wife Natalia Passovoy. She is sure that her husband is not related to the crimes with which the accused Oleg Kahn. In the house of the Deputy Pashova investigators found a lot of photos with Oleg Kan. Well, judging by this authoritative billionaire family of a Deputy of long time friends.

Mansion the people’s choice furnished with expensive furniture and huge plasma TVs. On the walls reliefs of birds. Over beige leather sofa picture with the image of Vladivostok. In the middle of the living room — a gift from the partners in crab business: gold chess with inlays of malachite. Next massage chair. On kitchen furniture, rattan wine Cabinet and large plasma TV. Crystal chandeliers on the ceilings in the hall — the dog cage. The second floor has a spiral staircase in natural wood with chrome railing.

Why Sakhalin media are silent about the “crab king”

On the next street is the mansion of Oleg’s Kahn. The guards refused to open the door is investigative-task force. So the commandos had to storm the high brick wall.

Once the special forces came to the territory of the mansion of Oleg Kahn, his guards raised their hands. So they met security forces. To storm the cottage itself was not necessary. The door was opened by a young woman named Tatiana. She was the civil wife of the businessman.