The Minister of emergency situations: fire building materials could cause a fire in the mine in Solikamsk

MOSCOW, December 27. /TASS/. Ignition materials used in repair work, could cause a fire in the mine in Solikamsk in Perm region. On Thursday in interview to TV channel “Russia 24” said the head EMERCOM of Russia Evgeny Senichev. 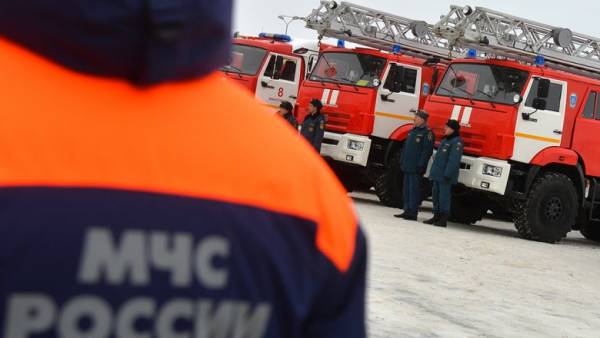 “The version is. To talk about them yet, but we believe that it is the fire of construction materials that were there, where repair work was carried out”, — he said.

The fire at the mine of the company “Uralkali” skru-3 in Solikamsk happened on December 22. Only in the shaft at the time of emergency were 17 people: eight of them came to the surface, they were not injured. In the area of the smoke remained blocked nine people — employees of contractor, “US-30”, they died.

In fact the incident initiated a criminal case on violation of safety rules during mining, construction or other works, entailed death of three persons or more. In the case of a fire and the deaths of people detained and arrested four workers of the company “US-30”. Criminal case is investigated by the Central office of the UK.