The investigative Committee has estimated the damage caused by the head of the “Industrial Union of Donbass”. 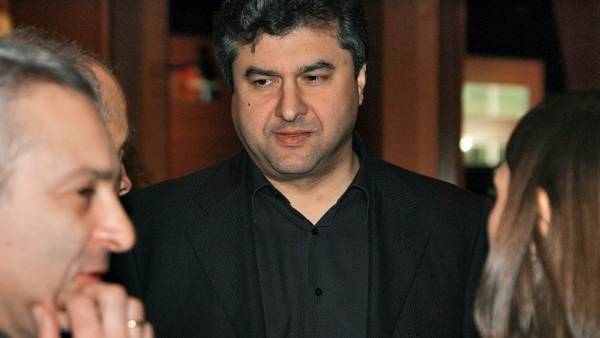 As it became known””, after completing the criminal investigation, the General Director of Corporation “Industrial Union of Donbass” (ISD), Oleg Mkrtchyan, the Russian Investigative Committee (TFR) significantly tightened earlier charges against him. If before Mr. Mkrtchyan was accused of the theft of 1 billion rubles, Vnesheconombank allocated, now — 85 billion rubles. While VEB claims to the accused in the investigation to declare did not become.

The Basmanny district court has satisfied the petition of the investigator of the Main investigation Department (GSU) TFR Ruslan Miniahmetov about prolongation of term of arrest of the General Director of ISD Oleg Mkrtchan to 12 months. During the meeting, the representative of the TFR said that the investigation is completed and the fault of the defendant confirmed operational materials, witness testimony, etc. Now the accused with his defence acquainted with the case materials, which account for 79 volumes.

Protection of Mr. Mkrtchyan sought his transfer from prison under house arrest, but she was denied under the pretext that in this case the accused person may abscond from the investigation and trial. Lawyer Vladimir Averin said that the criminal case was built on the report by the staff of management “K” of the FSB, which in itself isn’t grounds for arrest. The investigator, according to mister Averin, has not led evidence that Oleg Mkrtchan, being under house arrest, will be able in any way to impede justice, including threatening witnesses or try to escape.

In addition, the lawyer Averin questioned and the investigators that his client was related to the theft of credit of the Bank. “Entering into a loan agreement with a Cypriot company Margit Holding Ltd was engaged in the Bank and not Mr Mkrtchan,” said the court lawyer.