Volodin proposed to discuss the relevance of the Russian Constitution

Chairman of the State Duma Vyacheslav Volodin has offered on Tuesday, December 25, to review the effectiveness of the norms of the Russian Constitution. 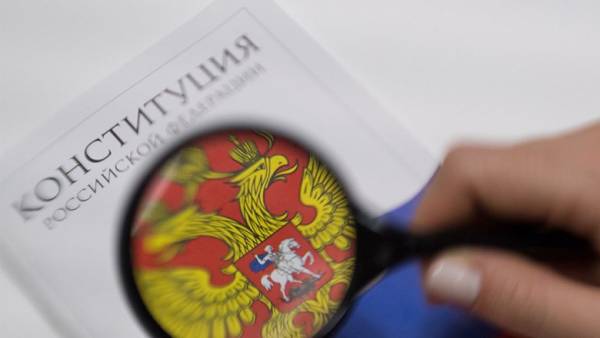 He said that this year the basic law of the Russian Federation, 25 years old, and added that it would be possible to answer the questions that arise in society.

“In any case, do not strike at the fundamental situation, but perhaps (need — ed) to find the format with the participation of judges of the constitutional court, leading scientists in the field of constitutional law and experts”, — quotes the speaker of the Agency “RIA Novosti”.

According to him, even the Constitution is not dogma. Need to think about how the law works, and how effective its use, concluded Volodin.

The Constitution is the fundamental law of Russia and has the highest legal force. The document defines the principles of political, legal and economic systems of the state. The current Constitution of the Russian Federation was adopted on 12 December 1993.

In the article “25 years of the Constitution: the balance between freedom and responsibility”, given on 12 December on the website of the government of the Russian Federation, Dmitry Medvedev did not rule out amendments relating to updating the status of the authorities and development rights. At the same time the Prime Minister has spoken out against global changes of the basic law.