In Ukraine at 14:00 local time (15:00 MSK) expires martial law. Recall, November 26, the Verkhovna Rada adopted the decree on introduction of martial law for 30 days in the ten regions of the country. It happened after a collision off the coast of Crimea on 25 November, the Russian and Ukrainian warships. 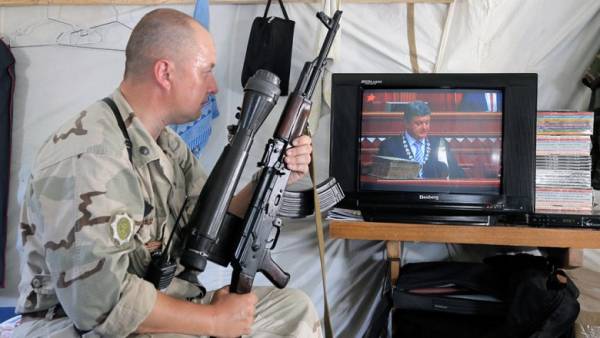 Under martial law on 30 November it was announced that Ukraine will no longer be flowing into its territory of Russians male, aged from 16 to 60 years. Exceptions may be made for humanitarian reasons, for example, if a person goes to a funeral of a relative. Secretary of the national security Council and defense of Ukraine Oleksandr Turchynov in interview to the Ukrainian service bi-Bi-si stated that the duration of the ban may be extended.

“the War with Ukraine, we will not, I promise you”

That the action of the martial law ended, is already noticeable, the correspondent of “Kommersant”. Today the flight Kiev—Minsk—Moscow for the first time there was not a single deported and no valid Ukrainian border guards Russian. Since the lifting of martial law begin to operate to the old rules of admission of citizens of Russia across the Ukrainian border: it is necessary to have biometric passports, to undergo fingerprinting at the border checkpoint and explain the reason for the visit. Age limit for men (16 to 60 years) are removed. Just 30 days of martial law Ukrainian border guards missed in the country 1,5 thousand Russians.