MOSCOW, 26 Dec — RIA Novosti. The Central election Commission of Russia has received a large number of proposals for renaming voting, among them was the capacity of the trust, ibberson, the electoral altar, spam and depot of the ballots, told reporters the head of the CEC of the Russian Federation, Ella Pamfilova, summing up the humorous contest. 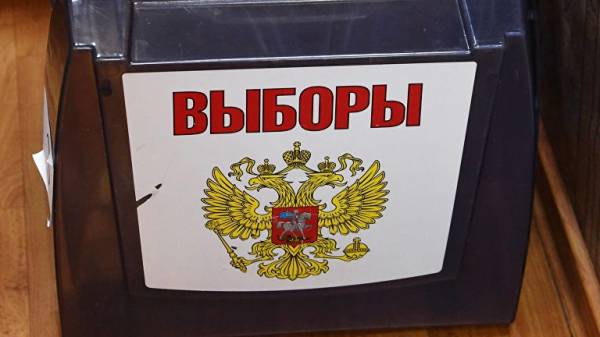 Pamfilova recalled that in late October, she jokingly offered to hold a competition to rename the polling box:

Didn’t think so well go… This is my playful suggestion… We, the hotline began to ring… a Lot of interesting names, our staff has compiled all of this.

In particular, according to her, the proposal to rename the ballot box in the chest, basket, drive, box, box, vybornik:

Glasner, spam, safe-Deposit box-ballots, the electoral altar, election Cup, stele of the elections, the Treasury for votes, Izberbash, lar opinions, an electoral vase, a depot of ballots, the box, the capacity of the trust.

“But nothing better than the ballot box, no one could not think”, — said the head of the CEC Chairman.