Scientists from the HSE concluded that children in preschool get conservative ideas about femininity and masculinity. To meet the criteria laid down in the unwritten curriculum, girls must be of good character, to be cute, interested in music and dancing and is sure to love the pink color. 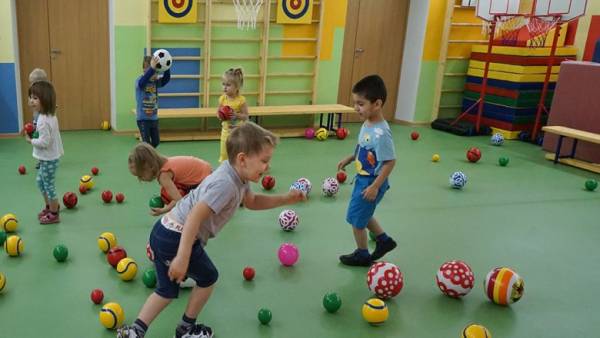 To such conclusions the authors came at the end of the 11 individual interviews with mothers of girls doshkolnitsa and four dyadic interviews with mothers and their daughters 4-7 years of age. All the girls attended different public kindergartens. From the stories of mothers, it follows that norms are broadcast via girls requirements for clothing and appearance, behavior, through offering classes and role-playing games.

Why not to give orphans Christmas gifts

While mothers participating in the interviews, the researchers found, support gender elements in the child’s upbringing in kindergarten and the current educational practices.

So, the concept of “educational program” in relation to the kindergarten mothers rather associated with the creative development of the daughter, not the acquisition of knowledge and skills, such as letter or invoice. The interviews show that mothers consider important in music and dancing, and many go to extra classes in addition to kindergarten, suggesting that it is a required aspect of the maiden of preschool education. Mothers tell the children the “natural” predisposition to creative activities — as noted by the scientists themselves, it is important for mothers to have their daughters involved in dance and music, despite the wishes of the child.

Specificity is also manifested in free play preschoolers. Girls, as it turned out, often playing different variations of the game “daughters-mothers” reproducing different aspects of the relationship between mother and daughter, at least — between the spouses.

The boys while playing alone and in other games surveyed moms girls react to this calmly, believing that it should be, because boys and girls have different interests. As for role-playing games, reproducing the images of future occupations, girls often play in veterinarians and educators. According to mothers, both these professions are perceived by the girls as a sphere of activity in which they can realize their natural inclinations to care for the weak entity.

My child growing up without cartoons: personal experience

With regard to the appearance of girls, there also exist clear rules. It all starts with the colors that the “right” to love, and for girls it is primarily pink. Researchers believe that this choice is laid at an earlier age, starting with the pink envelope at the time of discharge from the hospital. On the morning the girls almost always gets the feminine role: Princess, fairies, snowflakes and so on, which again is perceived by mothers as a natural phenomenon.

Interesting findings of the researchers, examining the relation of mothers to the organization of an afternoon NAP in kindergarten.