In relation to the former management “FC Opening” a criminal case

Against the former management “FC Opening” and an unidentified number of persons prosecuted, told “Vedomosti” CEO of the Bank Mikhail Zadornov. The investigative Committee of Russia (TFR) opened a case in the spring after the Prosecutor’s office, the interim administration “FC Opening”. “Now comes the result,” said Mr Zadornov. 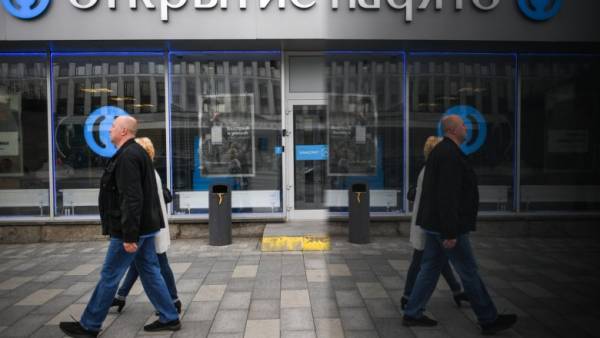 The names of the suspects and article of the criminal code, which opened a case that he did not name. Representatives of the TFR and the Prosecutor General requests the newspaper did not respond.

It is associated with transactions which took place shortly before the Central Bank took “FC Opening” in the Fund’s consolidation of the banking sector.

Before the Bank bought the bonds “O1 group Finance”, SPV-company O1 Group Boris mints. The money O1 Group and the related company repaid loans in the “FC Opening” and bought bonds under repurchase agreements, follows from the decision of the Moscow arbitration.

“O1 group Finans” has placed five bonds on the 87 billion rubles, three of them defaulted. On balance “FC Opening” was release paper for 40 billion rubles with maturity in 2032 — up according to issue terms, payment is not expected. The last transaction with these securities on the Moscow stock exchange took place a year ago.

The Bank these transactions are challenged. “Two ships, two instances we have already won — for the replacement of loans with collateral 34 billion rubles on the balance sheet “FC Opening” on paper structures of the O1 Group. The same operation on 22 billion roubles were held on the balance sheet “Growth,” the Bank”, — said Mikhail Zadornov.

Representatives of the Central Bank, “the Opening of the holding” (which to that were “FC Opening”) and O1 Group did not answer the queries.