Bloomberg: trump trying Mnuchin resignation from the post of Minister of Finance

TASS, 25 December. The President of the United States Donald trump is considering the resignation of Finance Minister Stephen Mnuchin. On Tuesday the Agency Bloomberg, citing sources. 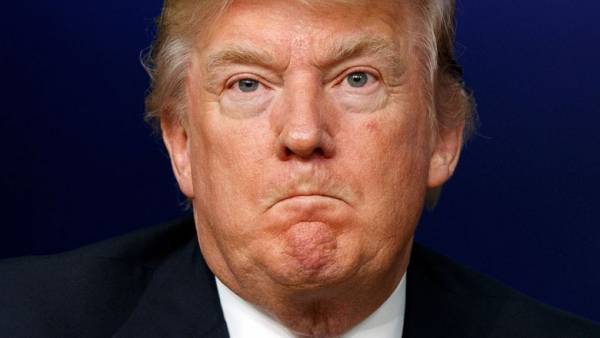 According to one of them, to stay Mnuchin in this position may partially depend on how much will be reduced the major indexes in us markets. Earlier, Bloomberg had reported that trump is considering the resignation of the Chairman of the fed Jerome Powell, as not satisfied with the decision of the Central Bank for the fourth time this year to raise interest rates and keep the rate reduction bonds, and other securities, which are currently estimated at $4.1 trillion. The white house denied the allegations of the dismissal of Powell’s, and the trump, according to the head of the office of White house staff, Malvani Mika believes that it’s not right to do it.

Now, the Agency said, the discontent of the head of state moved on Mnuchin. The representative of the Ministry of Finance in response to a request to comment on the information forwarded by Bloomberg to the White house. The administration of the President on the request of the Agency has not yet responded.

Now in American markets there has been a steady decrease. As reported earlier, Bloomberg investment officer of the analytical company Washington Crossing Advisors Chad Morganlander, the decrease in the indices caused by a combination of various factors, including concerns about growth prospects of the global economy and plans of the U.S. Federal reserve, which last week for the fourth time this year announced a rise in interest rates. Indices, according to experts, may continue to decline in the background of the uncertain prospects of conclusion of the bargain the USA and China, as well as the partial suspension of the work of the U.S. government.