A fire in Solikamsk mine led to the arrests

Four of the Builder taken into custody for two months. 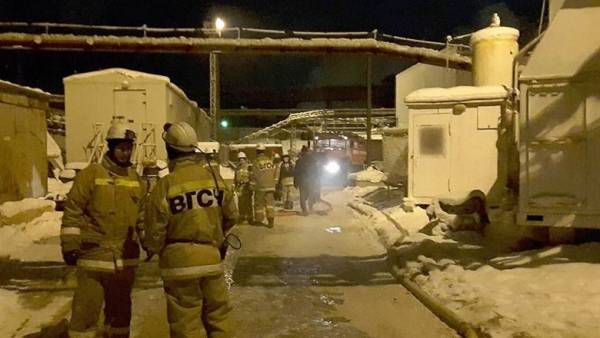 In Prikamye the court chose a measure of restraint for four suspects in the case of the death of miners in the mine under construction in Solikamsk. Last Saturday, a fire there killed nine people. Employees of the FSUE “US-30, SMU-680” Andrew Kupryashkina, Igor Chukaev, Maxim Kanishchev and Andrey Artyukhin in custody for two months. In the office of the company the investigators conducted a search and interrogation of employees. Will examine the circumstances of the tragedy and Rostekhnadzor. Deputy head of Department Svetlana Radionova agreed with the territorial authorities on strengthening of control over construction objects, similar to mine.

The Solikamsk city court has satisfied petitions of a consequence for election of a measure of restraint in the form detention of four defendants in the case about the deaths of miners, according to the Investigative Committee of Russia (TFR). Mountain master Andrey Kupreskic and Igor Chukaev, head of section at No. 5 shaft construction of a complex object skru-3 Maxim Kanischev and head of the complex object of mine skru-3 Andrey Artyukhin will go to jail for two months. All of them are employees of the FSUE “US-30, SMU-680” and are suspected of committing a crime under part 3 St. 216 the criminal code (violation of safety rules during mining, construction or other works, entailed death of two and more persons). Of the hearing on the remand was held behind closed doors.