Moscow. 24 Dec. INTERFAX.RU — the President of Belarus Alexander Lukashenko on 25 December will pay a working visit to the Russian Federation. About it reports on Monday, the state Agency “BelTA” with reference to the press service of the Belarusian leader. 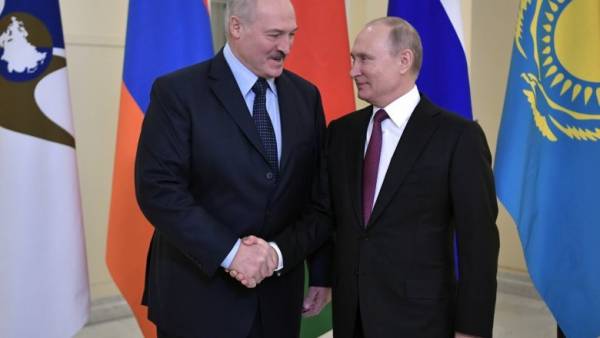 “At the talks in Moscow with Russian President Vladimir Putin will sum up the results of the Belarusian-Russian cooperation in the past year, discussed the most actual problems of bilateral cooperation in the near future”, — stated in the message.

“Special attention of the heads of state focused on the development of mutually beneficial relations in trade-economic sphere with a focus on the implementation of previous agreements in integration formats”, — noted in press service.

Earlier during a press conference Lukashenko said that the main issue at his upcoming meeting with Putin will be the tax maneuver.

On 7 December, Putin’s press Secretary Dmitry Peskov said that the leaders of Russia and Belarus agreed to meet before the end of this year to discuss disputes. “The presidents of Russia and Belarus agreed to hold another meeting before the New year, mainly to stimulate discussion on the issues of bilateral relations, which were controversial, and in which managed to make serious progress at a recent meeting in Sochi,” Peskov said.

December 6 at a meeting of the Eurasian economic Council Lukashenko drew attention to different pricing terms for Belarusian and Russian gas consumers. According to him, Belarusian consumers fuel costs $130 per thousand cubic meters, whereas Russian — $70 (in the neighboring Smolensk region).