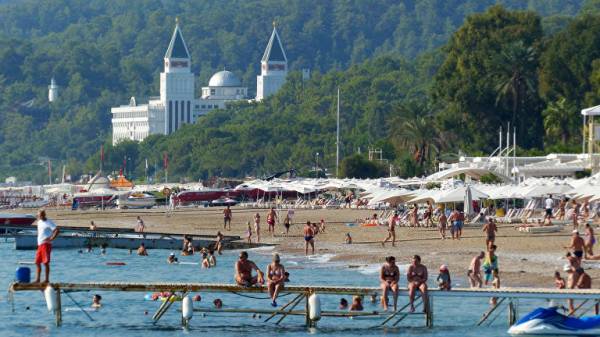 “How is supplied, which children vouchers go, it’s not quite accurate. From 20 to 27 March in the twin city of Demre was held events dedicated to the perpetuation of the memory of Andrew Charles… And consequently, there was a letter from the Foundation that you just need to provide a delegation of 50 yunarmeytsev,” — said Morozov.

According to him, the delegation should be representative of the municipality. Thus in the delegation was the mayor of the city Klintsy Oleg Shkuratov. Morozov also confirmed that among sent to the rest of the children were the mayor’s daughter.

“She is a person honoured, athlete, multiple winner of regional and municipal competitions. Well, a few had children of employees who work in the education Department, and the Department of culture. They also gifted children”, he added.